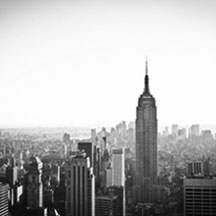 Russell Morris is an accomplished civil litigator and business advisor with over two decades of experience representing clients in state and federal courts in complex commercial litigation, securities litigation, and insurance and business disputes.

Mr. Morris has worked on cutting edge cases on behalf of both plaintiffs and defendants. On the defendants’ side of the bar, Mr. Morris practiced at two of the top firms in the United States. He began his career as a litigator at Cravath, Swaine & Moore LLP (1999-2002) and later joined the litigation department of Willkie Farr & Gallagher LLP (2004-2011).

At Willkie Farr, Mr. Morris represented companies and their directors against numerous noteworthy class action lawsuits which sought to block merger or sale transactions. For instance, he represented The Topps Company in simultaneous Delaware and New York litigations after Michael Eisner’s Tornante Company agreed to purchase Topps. Mr. Morris also has wide-ranging experience defending securities fraud and ERISA class actions, including a recent victory in the Second Circuit Court of Appeals in a case setting the bar for materiality of statements made by companies and their officers in the run up to a bankruptcy filing.

Mr. Morris also maintained a diverse commercial practice on behalf of both large and small companies — ranging from defense of a national satellite manufacturer in an action brought by its bondholders, to the defense of a local insurance agency against an interference with contract claim. Mr. Morris has litigated numerous insurance declaratory judgment actions, representing both policyholders prosecuting the actions and insurance companies defending them. In addition, Mr. Morris had an active practice defending international companies in domestically filed veil piercing or alter ego cases — defending a UK-based insurance company in cases filed in New York, Michigan and Delaware, and defending a Swiss insurance company in an action filed in Minnesota.

On the plaintiffs’ side of the bar, Mr. Morris practiced at Milberg LLP (2002-2004) — one of the preeminent securities class action firms in the country. At Milberg, Mr. Morris represented investors in numerous prominent securities fraud class actions, including Irvine v. Imclone Systems — which settled for $75 million — and In re Raytheon Securities Litigation — which settled for recoveries in excess of $460 million. Mr. Morris also represented asbestos committee members in the W.R. Grace bankruptcy, helping to secure an eve-of-trial fraudulent conveyance settlement of over $900 million.